Screens can rot your brain!  But seriously, sometimes when I am on screens too long I get cranky.  So for the second half of this week I agreed not to use them at all.

One of the things I did instead was make a clay cat.  It took me three days to make and paint it.  Here it is: 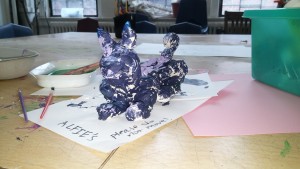 This week, I made a hilarious slow-motion video of jumping on my dad’s bed.  One of my dogs, Panda, came out of nowhere and looked up with a really funny face!

I DM’ed (moderated) Werewolves twice this week!  It was the first time I had ever  DM’ed, and it went awesome.   I picked the Witch, Defender, the Fortune Teller, Cupido, 2 werewolves, the Hunter, and 2 regular villagers.  It was really fun.

I also tried a game called Hobbit Love Letter with @failspy.  I won by playing my Legolas card.  Because my next card was Thorin Oakenshield (6), I had the higher value and beat his Smaug (1). 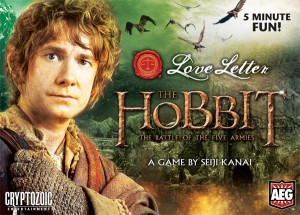 This week I made several masks. I used a cardboard mask, and then I drew and painted on it. I glued glitter and pom poms and sequins on it. On the one I made Thursday, I took paper and then I drew a black circle in the middle, then I took glue and glued the eyeball to the back of the mask. Then it looked like the paper was the same shape as the eyehole.

I made a Hobbit boardgame. I took a blank gameboard and drew on it.

I played Lego Indiana Jones. It was fun. And I did some Minecraft, and I got a diamond sword and diamond armor and food. I cheated in creative to get all that, except for the diamond sword. I spawned on a big mountain, where I first saw an apple. I mined and found gold and diamonds, and I turned the gold into gold ingots. Then I turned the gold ingots into enchanted ones and gold apples.

I watched Labyrinth. I’ve watched it before. You should see what happens for yourself.

My weekly intention was to kiss my cat on the lips every day. It went well. I did it, but Mutsie didn’t enjoy it!

My tooth is really loose!

I wrestled with Logan on a mattress, in the Red Room with the lights off and David Bowie music on. It was really fun and I want to do it again next week.

This week I did a lot of collaborative mine-crafting with @likeaboss and Jesse. My biggest achievement was making a huge office building in a creative world. On Tuesday, I played Blocks vs. Zombies, a Minecraft map based on the video game “Plants vs. Zombies,” with @timotree, @failspy, @ryanshollenberger, @likeaboss, and @douglasawesome. The map was made by the famous youtuber Seth Bling.

I also watched videos on youtube about “lucky blocks,” a mod for Minecraft. You make these blocks in a crafting table by surrounding a dropper with redstone, lapis, or gold. When you break them, they drop random items, which is really awesome!

My favorite thing I did this week was playing Werewolves.   I got to be the hunter (whose power is to kill someone else if he is killed) and the witch (who can use a save potion and a kill potion once each during the game), but my favorite is when I get to be the sheriff! I got voted sheriff in the 2nd game we played.

It was really nice outside this week, so on Thursday I went to Central Park and played soccer with @timotree, @failspy, @ryanshollenberger and my dad. The fields still had snow on them so we just set up @timotree’s goal in the playground and played there.

Here are a few photos of “The Lonely World.”  See video link below for a description.  Still to be completed:

4) Some parts of the Lonely Mountain 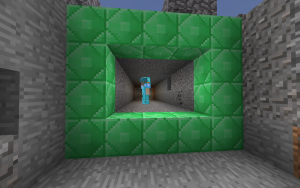 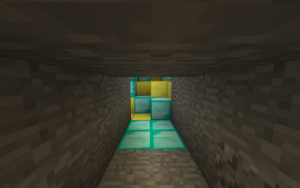 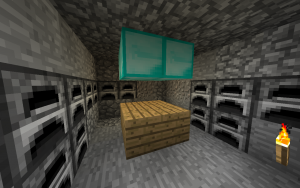 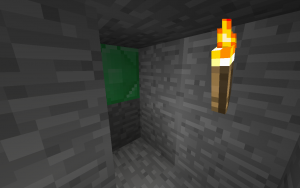 Today (Friday) I did cooking with @nhoopee.  We made chocolate lava cakes!  Yum yum =) 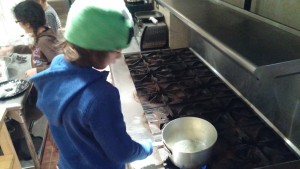