Minecraft is really awesome.  There are now rabbits in the game (after 1.8 update)!  They are really cute.  I like the horses too. 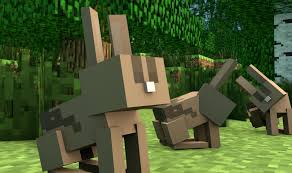 I also tamed some cats and made an awesome OP shelter for my dogs in a survival world.

I went on a trip with @abbyo, @failspy, and @lillaw to the studio of Ziwadi, a comic book artist.  You can see his work here:  http://www.myherocomics.com  He taught me how to draw people and how to draw realistic hair.  I drew some people with hair, and one had a hat. 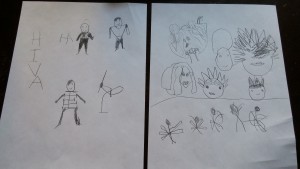 Coup is an awesome game that a lot of people play at ALC, and I joined in this week. My favorite character is The Captain- Ryan said he is the most OP. 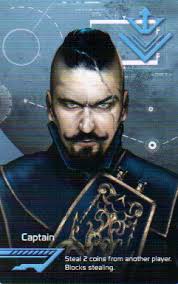 On Monday, I played a football game called ‘jackpot’ in the gym with @ryanshollenberger, @fireballdeath and his dad.

I went to cloud house, played a little bit of video games, saw horses and I saw a rabbit.

I played a board game with Luca.

Something different from what I do normally was carrying wood. We all had to carry some wood. I don’t know why though. It was already cut and we had to bring it to the porch.

I played Coup, like 8 rounds. A lot of the rounds I won. I won with just one Duke! It’s hard.

I learned that the bunny always hops past the house. I also tried to do a little bit of silk tricks. Like standing inside the silk, floating in the air. It was fun, but I didn’t *really* like it ’cause I sweat a lot. It was hard but I succeeded in the end.

I helped cook, since everyone needed to.

I did minecraft server with James this week

Another thing I did was go into this portal, in an always open to land world that’s called Woodycraft.

Then I went to this parkour world thingy, where I had to do all this hard parkour, which I kept failing on. I didn’t have to, I could just jump off the world to get off it. I kept on doing it, because jumping off of the world can be fun, but I like doing parkour.

I did cooking today, and made pigs in a blanket. I haven’t had any yet, but I hope that there’s still some left.

I’m spinning a chair inside the office and getting really dizzy.