This week there was a LOT of snow.  On Tuesday we had a snow-day. I stayed at home and had a huge snowball fight on the roof and killed my dad.  I even built a base for myself.

Today I smelled cupcakes and wished I was eating them (Next week I want to join cooking class so I can eat lasagna)!

I also played on the survival world “Ryan Shollenberger’s Beard” with @kingthanos and @ryanshollenberger.  I made myself a leather tunic, leather pants, iron leggings, iron helmet and iron boots.  Thanks gave me two extra iron ingots so I could make an iron sword.  Thanos also made me the guard of the house!  Here it is: 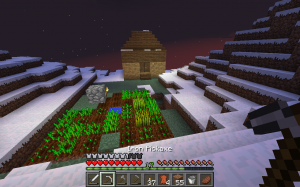 I watched a bunch of videos by the Diamond Minecart this week.  One I really liked was about the “lucky red block” (a modded world on Minecraft).

You can craft one by surrounding a dropper with 8 pieces of redstone: 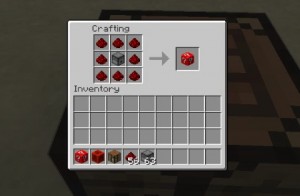 One thought on “Changing Facts”